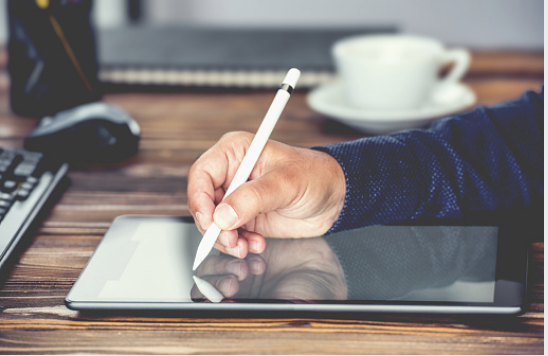 The Land Registry has embraced technological changes and laid out plans to begin accepting e-signatures for legal execution of deeds. Power of Attorneys and Discharges can also be signed via an e-signature. In March, the Lord Chancellor confirmed that where there was a legal requirement for a signature, even before this new digital era, e-signatures were valid.

This confirmed the findings of a report issued by the Law Commission in September 2019. A 124- page study of the law by the Law Commission concluded that e-signatures were qualified in executing a document, which included deeds, provided there was an intention by the signing party and if the other formalities were satisfied.

The Land Registry’s general counsel, Mike Harlow said that “despite the Land Registration Act 2002 paving the way for e-signatures, the Land Registry was slow to roll out such measures”. To many this may come as no surprise, as there are a lot fundamental issues that arise from it. For example, the issue of witnesses actually witnessing the signing of the document.

When signing a deed, or land transfer, it must be witnessed. The witnesses must then also sign for the document to have legal force. This issue was perhaps the reason e-signatures were not rolled out earlier, but with the electronic signature platforms now being operated by trusted service providers, approved by the Information Commissioner’s Office, signatures will not need to be physically witnessed.

Mike Harlow goes on to comment further and provides some insight into the future of successful property transactions, stating that, “‘Our hope is that in the near future qualified electronic signatures become more commonplace”. This small advance in technology is coupled with a shift in the use of legal tech over the last three months and is an encouraging sign for the legal industry. As more lawyers begin to work from home whether on a temporary or permanent basis, the quality and efficiency of technology is going to become essential. This could bring about Intellectual Property and cyber security issues, but overall it is positive steps for the Land Registry and legal sphere as a whole.

Luke Eccles has just completed his Masters in law at University of Manchester, but has always had a passion for Sports. He graduated in 2017 with a 2:1 in Business Law, from St Mary’s University, London and stayed down South for a further two years before returning home in August 2019. Having just completed his Masters, he proactively searched for opportunities and recently secured a position at Kissoon Carr, as a legal recruitment consultant. Through this, Luke has learnt a great deal about the legal sector , and is a keen writer and critique of legal articles across most practice areas. Looking into the future, Luke wishes to continue working with Kissoon Carr and also write weekly legal updates in wide-ranging areas of law, where he will provide a consistent, neutral and an unbiased view on topical legal news. He has a developed a deep interest in EU and Competition Law, and sees himself practising these areas of law in the future.

Mckenzie Friend shut down by the Judge

An Introduction to Intellectual Property Rights

Uncertainty looms over Encrochat prosecutions, as...

The burden of proof for unlawful...