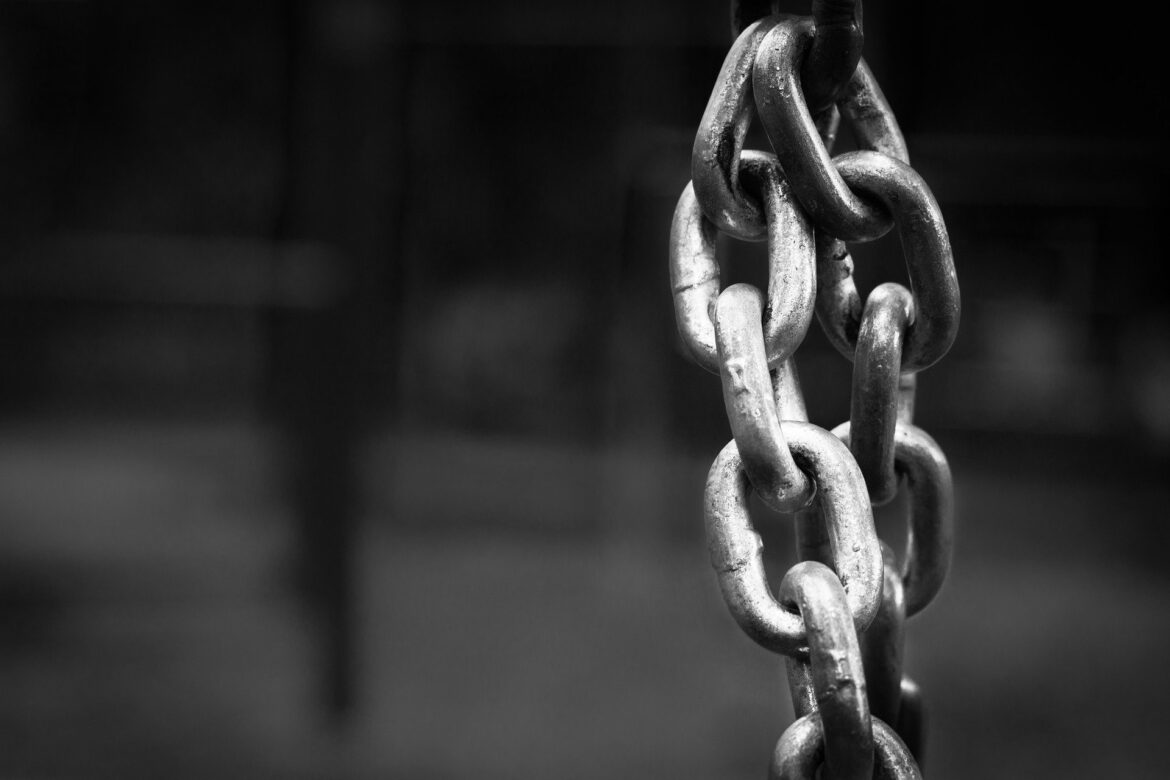 According to the Global Slavery Index, there are around 40 million forced labourers around the world who work in supply chains. This staggering figure suggests that more needs to be done to tackle modern slavery, particularly in the UK. This article will examine the law on modern slavery, actions taken by the UK government to hold large corporations to account when in breach, and what measures are in place to minimise forced labour.

Modern slavery is defined as the recruitment, movement and harbouring of individuals and the exploitation of them through the use of force, coercion, abuse of vulnerability, deception or any other means. It is a serious and complex crime that covers all form of slavery, trafficking and exploitation. The idea behind forced labour is to take advantage of an individual’s financial situation and use it to compel them to work in poor conditions with minimum wage. There have been several attempts to tackle modern slavery, especially in the supply chains process, where the majority of workers suffer. A supply chain consists of several steps to transfer, move and transform raw materials into finished products, which are then transported and distributed to the customers. At the heart of this operation lies the forced worker who is usually involved in the initial stages of the process, for example, picking raw materials or stitching garments in factories. As consumer demand grows for items such as clothing and food, companies may become complacent when ensuring fair practices across their supply chains.

There have been reports to suggest that Boohoo could face a potential US import ban for practices relating to slave labour. This follows on from the Leicester incident that occurred in 2018 where an undercover investigation revealed that workers in a factory connected to Boohoo’s suppliers were paying workers as little as £3.50 per hour, which was drastically lower than the minimum wage (currently £8.91). An independent inquiry into Boohoo’s responsibility was conducted by Alison Levitt QC, who produced a report addressing the matter in detail. The report found that the majority of allegations of poor working conditions and wages were ‘substantially true.’ Although Boohoo had not been found guilty of any criminal offences, it was stated that senior Board members would have been aware of such allegations and suggested that the company have an open dialogue with its suppliers going forward.

Ongoing campaigns questioning Boohoo’s supply chain process have placed pressure on the US and Britain, to come up with sufficient measures to prevent large corporations from benefiting through exploitation. Priti Patel (Home Secretary) released a statement urging Boohoo to ‘increase transparency and regain public trust. She further added that the company ought to work with its suppliers to protect its workers and wrote a letter to them expressing her view on the situation. Boohoo has responded by stating that the company was not aware of their suppliers’ actions but has since cut off ties with them as soon as the details of the Leicester factory surfaced.

Modern slavery is a criminal offence

What does the Modern Slavery Act 2015 say?

The Modern Slavery Act was introduced to fight modern slavery and ensure transparency from larger corporations. When it came into effect, it was considered a landmark piece of legislation and its key purpose was to put into effect certain requirements for organisations and their supply chains, these include:

If a person is guilty of slavery or human trafficking under this Act, then they can receive life imprisonment. As there are currently no fines for non-compliance with the transparency requirements set out in the Act, this could potentially allow companies to become lenient in the way they produce their report and how much detail goes into it. With the recent human rights violations that occurred in Xinjiang (China), Dominic Raab (UK’s Foreign Secretary) has hinted that corporations could face fines in the future if they do not follow the conditions set out in the Modern Slavery Act. A report by the Business & Human Rights Resource Centre was published in 2018 which suggested that around 35% of companies reported having undertaken a risk assessment of their operations. This statistic is based on information that is gathered by NGOs from companies around the world to reduce modern slavery.

Over the years, there have been many campaigns from human rights and anti-trafficking groups over the arrest and prosecution of trafficked individuals who commit crimes in fear of their traffickers. These groups argue that victims of trafficking should not be charged and punished for crimes that they commit in the process of being trafficked or as a direct result of it. The non-punishment principle, therefore, allows authorities to safeguard such individuals and provide them with immediate access to necessary support so they do not suffer further trauma. The main idea behind this principle is to avoid the punishment of those that are victims of trafficking and upholding the interests of justice by doing so.

Last month, Parosha Chandran (an award-winning human rights Barrister) won a landmark judgement before the European Court of Human Rights (ECHR) in the case of V.C.L. and A.N. v. the United Kingdom. In this case, the victims were minors of Vietnamese origin and had been found in a cannabis factory in the UK by the police. The Court of Appeal refused to allow their appeal, even though they were identified as being victims of trafficking by the UK Border Agency. However, a new appeal was made to the ECHR which relied on the non-punishment principle and stated that adequate measures were not taken to refer the victims to relevant authorities who could have identified them as victims of trafficking. Following the judgement, in this case, the Crown Prosecution Service (CPS) will now need to consider whether an individual has been trafficked and if there is credible suspicion that the individual has been trafficked or exploited, then qualified individuals who are trained on dealing with victims of trafficking, are required to assess them. The court further said that the decision on whether or not to charge the individual can only be made following the completion of the assessment.

The issue of modern slavery is a complex one and as mentioned above, the UK has implemented laws to tackle it. Despite these efforts, there is still more that needs to be done, as the Modern Slavery Act does not set out any repercussions for corporations who fail to comply with the transparency requirement. This provides flexibility to businesses in deciding how much detail they should include in their statement, as there is currently no regulation. The government can however take action against any human rights abuses if and when they come to light. Furthermore, the non-punishment principle provides some form of hope to those that suffer at the hands of traffickers and commit crimes under influence. We still need to assess whether more can be done to address the root cause of modern slavery.

This article is intended for guidance only and ‘must not’ be relied upon for specific advice.

After completing her LPC in 2016, Mahum gained experience in various industries such as banking, marketing and HR. Mahum has used the lockdown to upskill and has been involved in several projects. She is currently working with a team of lawyers in Pakistan to provide pro bono advice to disadvantaged women in the areas of Family law and workplace harassment. In her spare time, Mahumi enjoys reading about AI and data analytics. She is fascinated by data collection and its ability to impact big business decisions. This was one of the reasons why she decided to learn SQL and expand her skills in this area. Mahum hopes to specialise in Family law and is presently assisting on a helpline, particularly assisting on child arrangement matters. She also has many virtual vacation schemes under her belt and is listed as being within the top 2% of individuals who have completed legal work experience on Forage. These experiences provided Mahum with an insight into areas like M & A, cybersecurity, Australian human rights law and employment law.

Do I need to consent to my medical treatment?

What is Child Maintenance and how do I apply for it?

Criminal Law may go through the most radical...

Rape: a violent crime that deserves...