Travelling to Europe after Brexit: What changes are expected after the end of this year?

The United Kingdom officially left Europe on 31 January 2020 after Parliament ratified the Withdrawal Agreement. Whilst the transition period sees UK representatives attempting to negotiate a deal with the European Union, press reports indicate talks are not going as smoothly as once envisaged. Whilst the Prime Minister Boris Johnson strongly emphasises that “Britain will be successful with or without a deal” millions of citizens fear the wider impact that a No-Deal would have on issues such as travel, migration and the economy.

Europe is an accessible getaway for many and has proved to be an immensely popular destination for a range of travellers including gap-year makers with programmes such as ‘Interrailing’ promoted across prominent European countries. Travelling in and around the EU is a luxury for many Britons and this article will explore some of the key changes that travellers may face at the end of the transition period.

Possessing a British passport allows passengers to enjoy the convenience of utilizing EU citizen queues when travelling through European Airports; an essential time-saving feature for the majority.  Whilst no changes have been implemented thus far, speculation suggests that British passport holders will be able to use the EU, EEA and Swizz nationals queue. This is likely to cause longer wait times for British passengers, especially if stringent checks are introduced during the immigration process at the different EU airports.

Anyone applying for a new passport will notice that the iconic navy passport makes a return, whilst the traditional burgundy passport is slowly phased out. The notable difference apart from colour is the deletion of the ‘European Union’ tag seen on the latter.

From 1 January 2021 passengers will require a passport with a minimum validity of 6 months and for it to be no older than 10 years old.

Undoubtedly one of the biggest freedoms in contemplation for UK/EU citizens is the freedom to travel between the UK and other EU countries with full flexibility and without having to complete any paperwork or visa applications. Whilst the introduction of visas to travel to EU countries seems very unlikely with a deal; a no-deal Brexit could introduce a system whereby travellers may stay in another European country for 90 days in a single 180-day period. That being said, short-term trips and holidays within European Union countries are unlikely to be affected.

The Treasury decided to change the way duty free shopping is carried out from 1 January 2021. The decision was made to end the tax-free sale of clothing, fragrances and electronics at airports, and ports whilst only alcohol and tobacco will be available to purchase; that too with significantly increased limits. Additionally, overseas travellers will no longer be able to obtain VAT-refunds on items bought and taken back with them, but they are able to have their purchases delivered to their (EU) address.

UK driving licences are currently valid across all European Economic Area (EEA) countries and allow licence-holders to drive cars in EEA countries without any additional documentation or permits. Whilst mere speculation, it is likely that additional documentation such as an International Driving Permit (IDP) (available from the Post Office) would be required once the transition period is over. Additionally, more stringent action may be required to show insurance and/or car ownership details and ‘GB’ stickers will become mandatory on cars.

One of the biggest benefits of being a European citizen is having the satisfaction of being guaranteed basic healthcare treatment through the European Health Insurance Card (EHIC), available throughout Europe, Norway and Switzerland. It seems extremely likely that EHIC cards issued to British citizens will no longer be valid beyond the transition period. This will hit younger/gap-year/student travellers the most who often forsake buying travel insurance when travelling within the EU due to the EHIC privilege.

Back in 2017, EU law abolished roaming charges, compelling mobile networks to allow travellers to utilise their home country mobile tariffs. This was met with a sigh of relief as it stops customers from being charged extortionate amounts when making calls, sending texts or using their data abroad. The Commission themselves claimed that it was “one of the greatest and most tangible successes of the EU” and whilst mobile networks have vowed not to reintroduce roaming charges, only time will tell whether we see a reintroduction of the disproportionate charges.

EU, EEA and Swiss citizens have the opportunity to apply to the EU Settlement Scheme in order to continue living in the UK after 30 June 2021. Successful applicants will receive settled or pre-settled status

If you have either either ;

The applicant must have started living in the UK by 31 December 2020 and then to convert this to Settled, must reside in the UK for a continuous 5-year period. 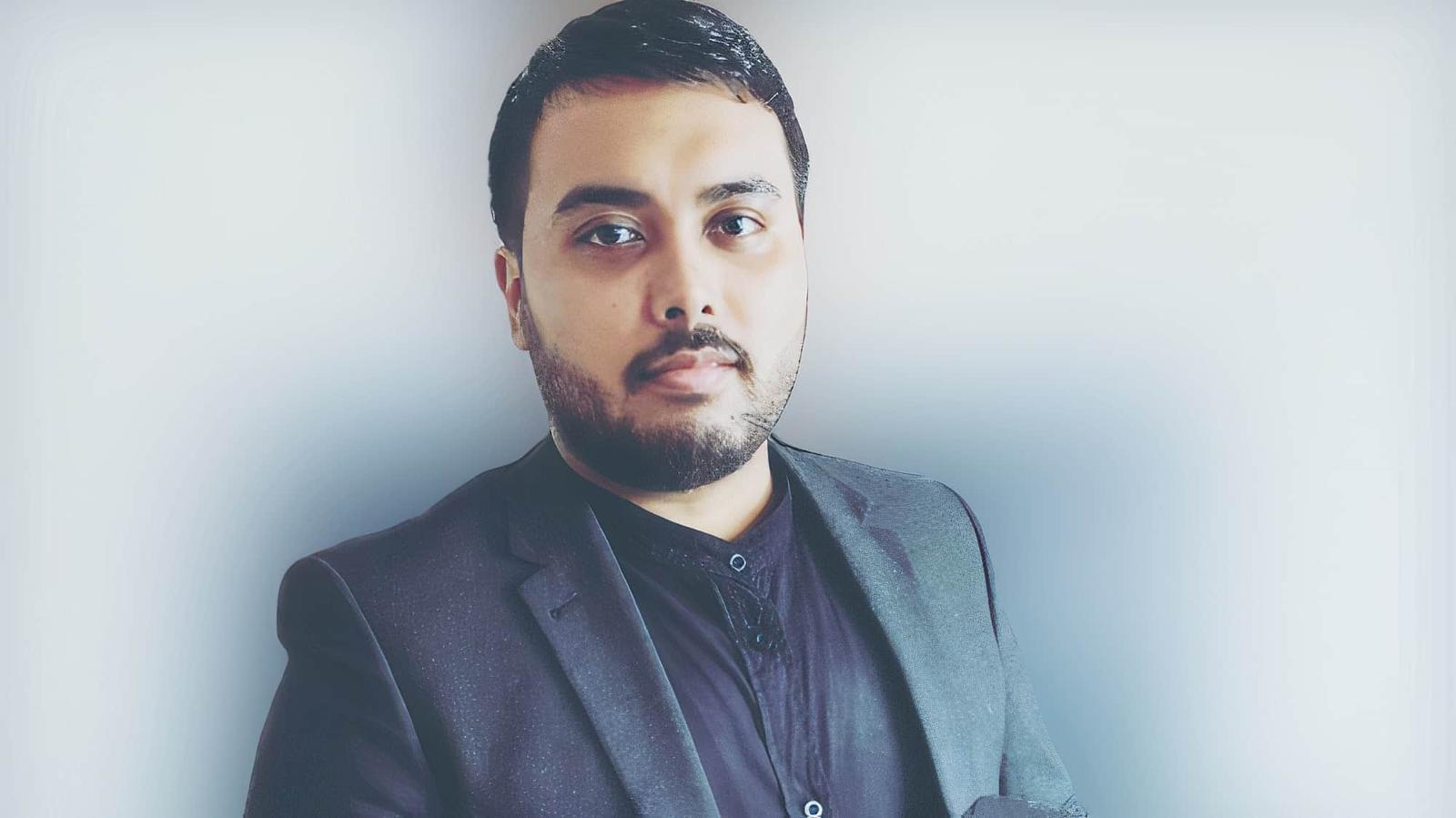 We invited Mr Shaheen Mamun, Solicitor and Director at Black Antelope Law to provide his insight on the proposed immigration system, this is what he had to say:

“The UK’s post-Brexit immigration policy is set to take effect after the end of the Brexit transition period (from 1 January 2021). Under the proposed immigration system, free movement for EU Citizens to the UK will end. This means that, for EU citizens, the new policy will be much more restrictive and expensive.

Full details of the proposed immigration system have yet to be revealed by the Home Office. But what is known is that EU citizens coming to the UK to join British citizens or settled individuals with Indefinite Leave to Remain will need to meet the same requirements as apply to non-EU citizens, including a £18,600 minimum income requirement.

What is particularly concerning about the proposed system is that there is no dedicated route for occupations that the government deems to be low-skilled. The government says employers of migrant workers who do not meet the skills or pay requirements will have to adjust, such as by investing in labour saving technologies like automation. It also points to the more than three million EU citizens already in the UK, many working in lower-skilled jobs, who will remain eligible to live and work in the UK.

Ending free movement is expected to make recruiting skilled EU workers more difficult, even though they will be eligible for long-term work visas. This is because they and their employers may be put off by the increased expense and bureaucracy – including a £624 per year NHS surcharge and an employer ‘immigration skills charge’ of £1,000 a year. This is expected to have a negative economic impact by reducing the number of skilled workers migrating to the UK, although the magnitude of this impact is difficult to measure.

Brexit painfully lingers, leaving citizens and commentators questioning the provoking stance taken by both Britain and Europe. Whilst the impact of a no deal Brexit will go far beyond the scope of this article, bringing limitations to free movement and potentially impacting the lives of millions of people, it is hoped that negotiations are carried out to an extent where the lives of both British and EU citizens are not significantly disadvantaged.

Black Antelope Law is a full-service law firm based at King’s Cross, London. The firm prides itself on providing high-quality legal advice delivered by multi award-winning, innovative Barristers and Solicitors. From its 2018 inception, the firm has gone onto break boundaries, establish a secondary base in the West Midlands and recently won the ‘Best Business Immigration Law Firm – England’ at the SME News Legal Awards 2020.

After completing his law degree to a high standard from the University of Manchester, Safeer has successfully completed several work placements within the legal sector. Safeer completed a mini pupillage with an international lawyer and QC, placements at award-winning law firms in Central London, and prominent work experiences across the North West. Safeer has opted to pursue a career in commercial law and his interests are shown by his recent work experiences at Barclays and Freshfields Bruckhaus Deringer. An aspiring lawyer, Safeer keeps himself updated with key developments within the financial markets and the business world and refines his commercial awareness constantly, by subscribing to leading newsletters and attending various networking events. He hopes to add to this by completing a specialist LLM degree before he pursues a career in law. Safeer likes to dedicate his spare time to volunteering and has a passion for both legal and non-legal causes. This is shown by his time at the University of Manchester’s Legal Advice Centre where he worked on diverse matters and provided quality advice to vulnerable community members. He spent recent summers teaching English to foreign students at summer camps and hopes to tutor students on a regular basis by the end of the year. At university he developed a keen interest in improving cultural representation and diversity by helping to restart the British Asian Society and was successfully voted as Vice-President by its members. With a motivated committee, the society fought hard to become one of the biggest cultural university societies in the country. Safeer has prior experience of writing articles for a prominent blog where he provided his opinions on trends in tech, films and entertainment to hundreds of global viewers a week. He likes facing challenges and looks forward to simplifying complex areas of law for readers.

Importing and exporting after Brexit? Here are the...

Brexit: The Future of Environmental Law in the...

A Look into Brexit Laws and where we’re...

We are a publishing company tasked with the simplification of legal updates and principles. We deliver the information to you in articles, videos and podcasts.

If you are interested, simply email us your CV and a 500 word submission to say why we should select you, by 9 February 2022.

❌We are accepting applications from Year 3 LLB Law students and beyond.

New laws will allow the government to block #businessacquisitions if they deemed to be a risk to national security. See below for the update.

Remember if you need a lawyer for a legal problem or a transaction,we can help. Details in the update.

Brexit: The Future of Environmental Law...

Brexit’s Impact on Human Rights and...

A Look into Brexit Laws and...